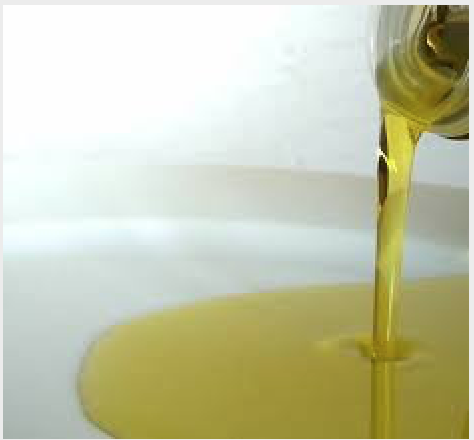 The Oil Is On You!

A few days ago, someone reached out to me through a professional platform and asked if we could connect briefly for a 15 minute conversation. The person shared that they’d did a little exploratory research on me and found that I’d had some experiences by which they are interested in pursuing. I agreed. The invitation was extended and within a day or two, we found ourselves meeting in a virtual capacity. It’s always interesting to meet someone that you’ve been communicating with. You wonder what they look like, how they sound, if they will be distracted, connected, if you have connections in common and the like. But after we exchanged pleasantries, and the person began to speak and deepen their reasoning. for reaching out, I was struck by what I would term as the oil on them. I didn’t say anything to the person, but it actually caught me off guard. I had a difficult time concentrating on what the person was saying. All I could attempt to comprehend was the oil on the person’s life.

Allow me to explain. It wasn’t the oil that I had all around my forehead and ears after a press and curl. It wasn’t even the oil that lasted seemingly forever upon my face when my mother anointed me. No, this oil wasn’t visible to the human eye, but instead the inner (wo)man. It was undeniable. It was overwhelming. It was powerful. It was God. Here was a stranger to me in every sense one could imagine, and yet the very presence of the anointing on the person’s life was as familiar as my skin. It was as if I knew the traces of their triumph as well as the precision of their pain. Before I got caught up and went into full blown worship, I willed myself back to the words coming out of the person’s mouth. They were recalling their professional journey, which then transitioned into “I’ve been through a lot.” The person went on to describe trauma they’ve endured and more importantly, lived to tell. I knew it. I’d already felt it. I too have lived something similar, but it wasn’t the trauma that resonated so deeply with me from the initial hello. It was the oil that beckoned me. The oil that was familiar to me. The oil that prevailed when all else seem to fail. I told the person, “The oil is all over you! I felt it from the beginning of our conversation.” The person simply smiled.

There was no need for the person to agree or go any further with explanation because they knew I knew. When you’ve been through something so incredible and come out on the other side, no explanation is needed. In Genesis 28:18-19, we find Jacob. The scripture reads, “And Jacob rose up early in the morning, and took the stone that he had put for his pillows, and set it up for a pillar, and poured oil upon the top of it. And he called the name of that place Bethel: but the name of that city was called Luz at the first.” This scripture serves as a backdrop for understanding the correlation between difficulty and subsequently being chosen. To use a stone as a pillow can be considered as experiencing hardness in one’s life, such to the extent that it mimics one’s daily routine, one’s life, one’s existence. The oil represents the deliverance that God has the power and propensity to send forth; and Bethel means, “House of God.” It is a beautiful nomenclature to demonstrate one’s response when they’ve been liberated from hardness, purposed by God and thus creates intentionality in blessing God in action and being, such to the extent that it simply shows up on the person, even a virtual meeting.

The oil doesn’t come easy. Google the process of olive oil. Oiling is messy. It’s slippery. It doesn’t always fit and it is not always understood. But the consecration that emerges from having endured cannot be measured nor underrated. Psalm 45:7 declares, “Thou lovest righteousness, and hatest wickedness: therefore God, thy God, hath anointed thee with the oil of gladness above thy fellows.” It is not the challenge that shows up on our countenance having endured, it is the joy. And not the superficial, manufactured joy, but the deep abiding assurance from God that transformed your life through trusting Him to see you through.

We don’t elect to sign up for the trouble, yet we foolishly believe we can register for the oil. It doesn’t work like that. The oil is a gift that God grants once you’ve endured. We can’t purchase it. We can’t create it. But we do have influence as to how we use it. What happens after we emerge from this pause that God installed? Each of us will undoubtedly have a narrative as to how God kept us, how God sustained us, how God delivered us. And we cannot be afraid of the oil being on us, or the fact that God allows the countenance of such to show up, even in spaces such as a virtual meeting. After all, it’s all for His glory.