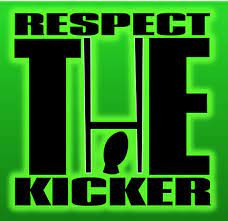 A few days ago I participated in a professional development opportunity focused on leadership. One of our facilitators shared that they were a big rugby fan and desires folx to respect the game. As you may know, rugby is not as popular in the United States, so unless you are a rugby fan or player, you may not be aware that when the kicker is at work, the tradition is for the crowd to be silent. The facilitator remarked that the noise displeased them and they wanted everyone to “respect the kicker.” As I listened to my colleagues ask the questions we were being taught in regard to managing unfulfilled expectations, I considered that when all hell is breaking out it’s difficult to find the intelligent silence. All I want is that folx would follow the rules so as not to cause harm or disappointment to me. Yet, perhaps they too aren’t familiar with the rules of the game, or in this season and the ones to come, we must position ourselves to kick anyway!

In the game of rugby, the silence is designed to promote concentration for desired results. Silence enables one to align with one’s thoughts in order to manifest said thoughts in action. When I’ve been up against the odds and forced to “kick,” I’ve found those to be the nosiest times imaginable. Focus, intentionality and determination have to be willed forth because otherwise, I wouldn’t make it, or rely on something that is not sustainable. “God, who began the good work within you, will continue His work until it is finally finished” (Philippians 1:6 NLT). When we are in the game, we must believe that the good work will come forth, whether folx are cheering for us, against us, or not at all.

We cannot control the voices, actions, experiences, demonstrations and antics of others. If they elect to be loud or boisterous in a stadium or your life, that is their choice – as it is ours when we act similarly. What I do know however is that God sees, God knows. God pays attention to each boo, hiss, shout or scream, whether for you or against you. What matters most is the Soverign God, who sits high and sees low and is at home preparing a new stadium for us to dwell therein. Sure, I want the enemy or those he empowers to “respect me” or “respect the kicker,” but just because he chooses not to, doesn’t mean that there will ever be a draw. You see, in a rugby match, there is something called a draw. A draw is when both teams have equal amount of points by the end of a certain amount of time. In this case, the match results in a draw and both teams are awarded a point. Listen here. There will be no draw in the life of a believer. It may appear as though life will either toss you a loss or a draw – however, the match was won at Calvary! You already won! So when the enemy elects to act out (albeit with permission from God), and the frequency seems unbearable, may we shout to the Lord with a voice of triumph. God’s not forgotten. As long as we have life, we remain in the match – and not just here for the popcorn, but instead for the blessings of God, in the city and in the (rugby) field.