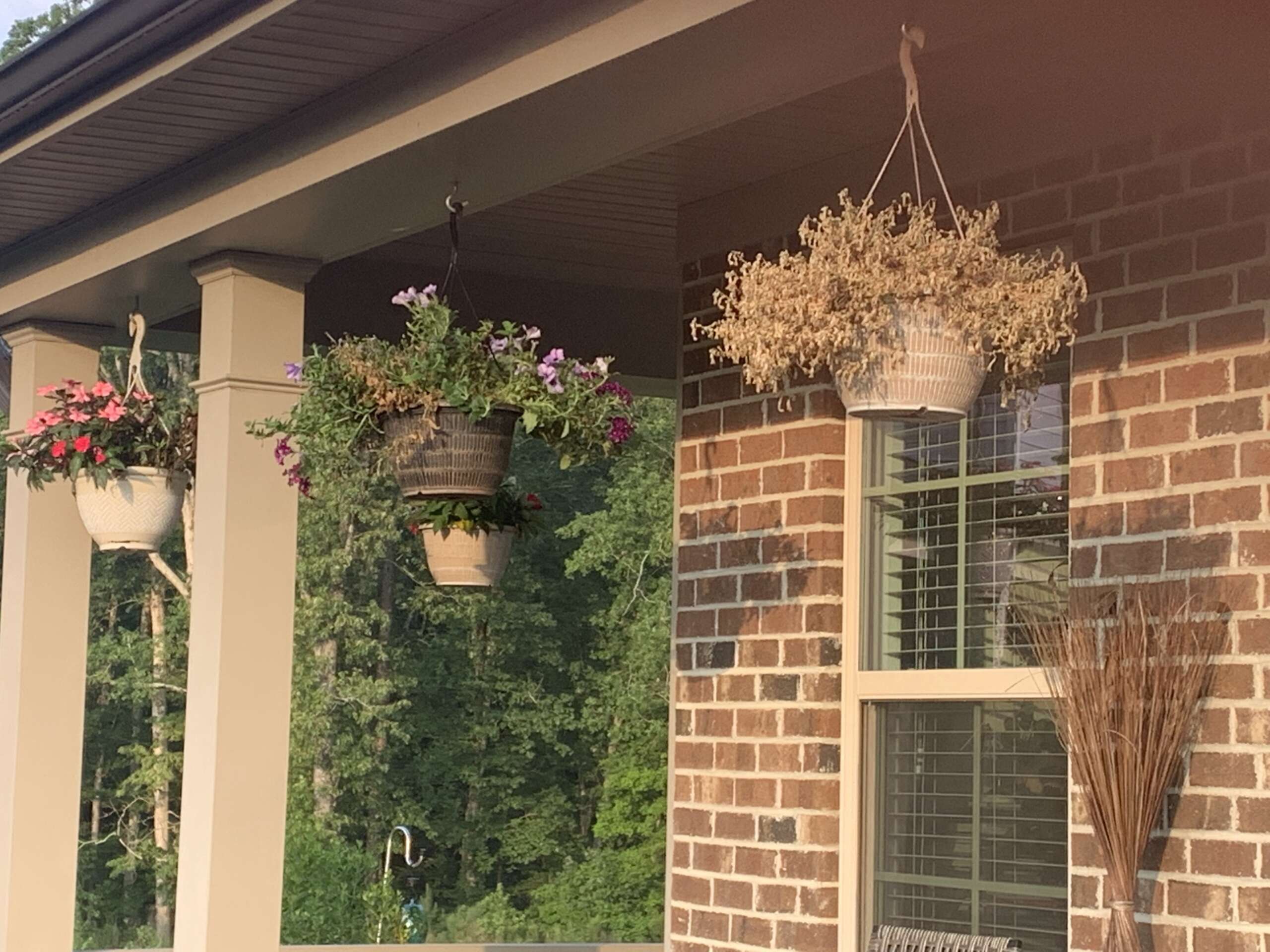 Look For Life In Dead Things

As my mother would say, “Y’all have to hold my mule for this one.” The Holy Spirit has been downloading this blog post in my spirit throughout the week. I believe it’s baked enough to share it with you. Six weeks ago, I posted a picture of a nest that birds built in one of the hanging baskets on our front porch. At first there was one egg, then three, then four and eventually a fifth one. I watched the mama swoop in to sit atop her bounty daily. About two weeks later, one by one, as they originally arrived, each baby bird was born. My daily pastime has been filled with watching them, examining their growth, witnessing the mama and daddy coming to feed them 3-4 times per day and seeing them sleep. Concurrently, as the flowers in the other hanging baskets on our porch continued to thrive, the one with new life appeared to be dying. While walking up the driveway, God allowed me to capture a picture to demonstrate. Then the Holy Spirit spoke and said, “From the outside, it appears that everyone and everything is thriving. In comparison, the plant that appears lifeless is actually the bearer of life! Don’t be so concerned with your surroundings, what you carry is life giving, sacred and will only be discovered upon closer inspection and introspection.” My God from Zion! If you are in that space, hang in the basket with me just a while longer before you fly away.

This isn’t the first time our home has been blessed by rent free tenets, however, this is the first time that they’ve stayed as long and that we’ve had so many. Each morning and evening, particularly when it’s been hot, I’ve watered the flowers in the basket. However, research suggests not to water the basket that contains a nest because water can reduce the temperature of the eggs rapidly and damp nest material is a less effective insulator (gardenknowhow.com). So here I am often complaining about a drought, when in reality, it’s the drought that incubates life. God make us to not be discouraged when flourishing doesn’t seem apparent. John 7:37-38 provides support, “On the last day, the climax of the festival, Jesus stood and shouted to the crowds, “Anyone who is thirsty may come to me! Anyone who believes in me may come and drink! For the Scriptures declare, “Rivers of living water will flow from his heart.” God is who we must turn to and crave as we navigate our dry seasons. We reflect our Creator, and if He is living water (and He IS) we may benefit from His existence and apply His permanence over our lives. We each carry something that brings life to others, as we trust God and the process to birth it when it’s safe and it’s time. Several times, even after birth, I witnessed the mama bird see a predator. In order to protect her babies, she would taunt the predator to follow after her and thereby away from the nest. Perhaps when we feel abandoned (even admittedly by God), might we consider that He is hiding us from the enemy? As Minister Iyanla would say, “Are we open to the possibility that this is an example of God working “it” out for our good?!”

Certainly, “it” may appear dead, but just as Jesus touched the daughter of Jairus, may He “Talitha Koum” over our lives and everything He purposes us to do when it’s time. May we not curse motionless seasons because we trust that God stays in constant momentum over us. Just because it’s not “seen” by everyone does not make it not so. There is life in seemingly dead things. Look for it! Trust it! Rest in it!

Addendum: After arriving home from church, I noticed only three of the birds resting atop the nest. As I went to inspect looking for the fourth, I noticed it was gone. It was born first and bigger than the others. When I looked at the three, they looked at me and flew away. I’d prayed to see them take flight and God granted my desire. I assume they hung around to say thank you. Let’s be sure to mock the bird and do the same with Christ. 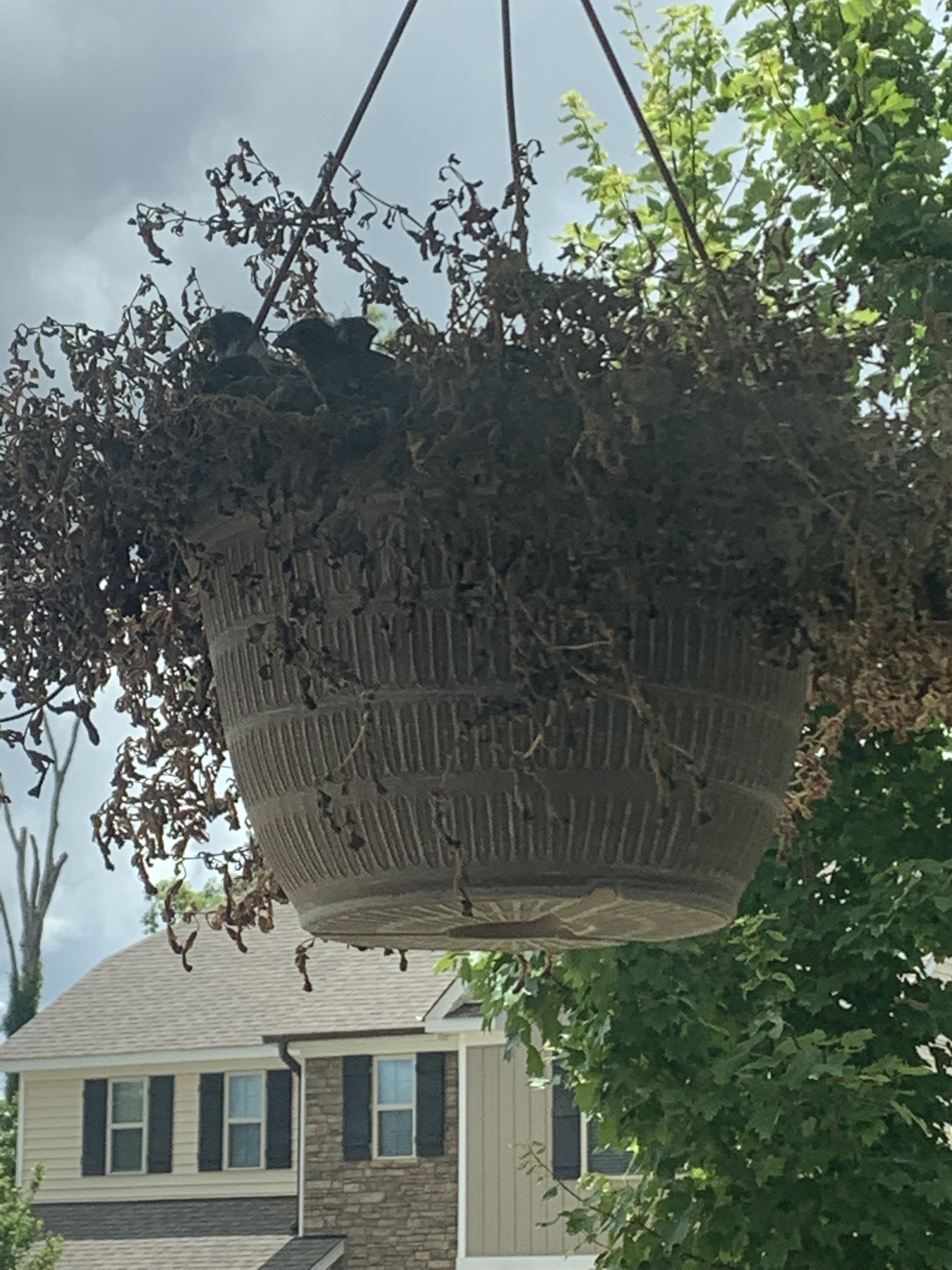