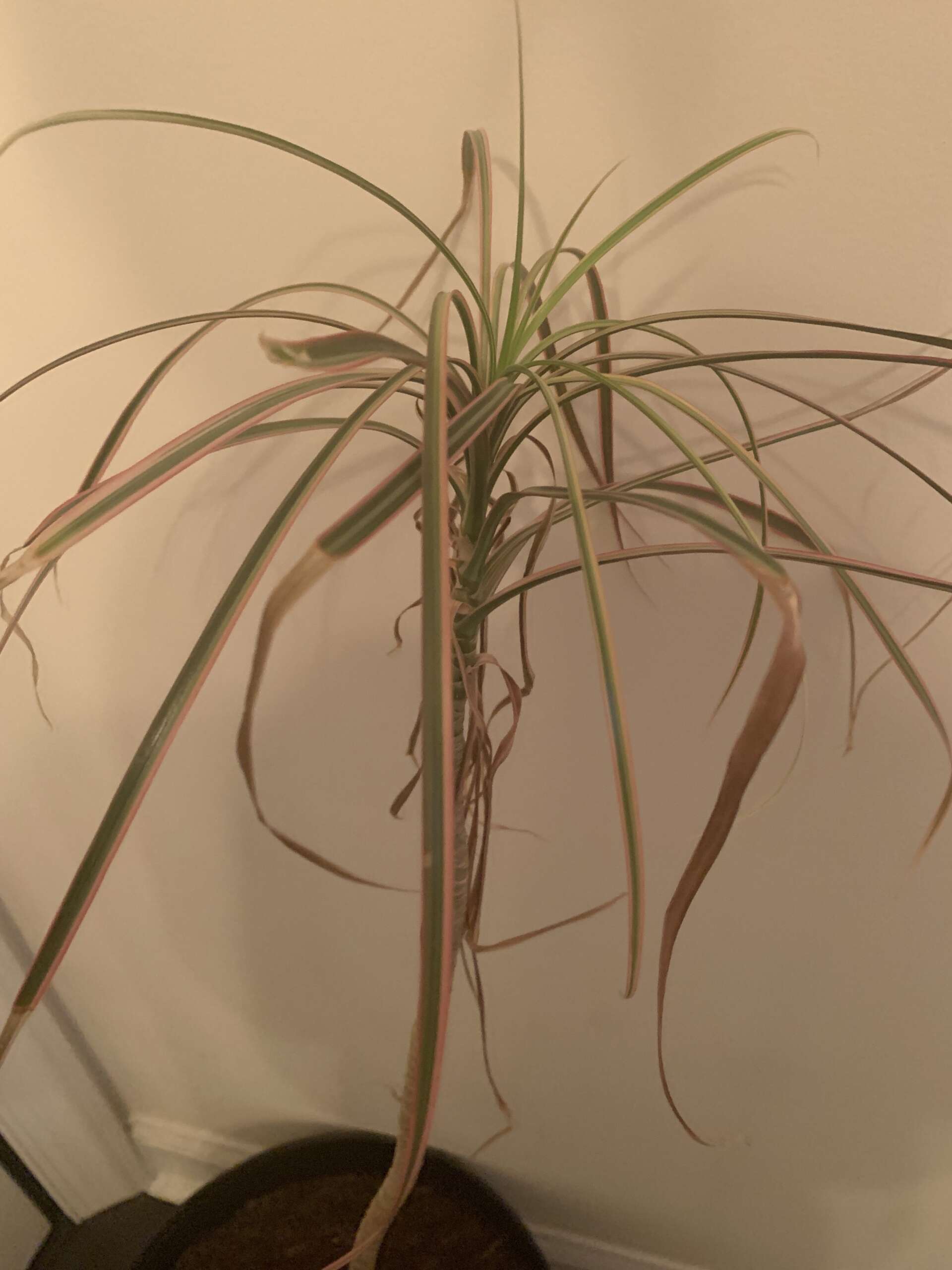 I can’t recall the exact time frame, but I believe it was early in the pandemic (think summer 2020) when a friend and colleague visited a plant sale and dropped off a bit of his spoil. He chose her because she was pink and green and he understood my affection to the colors. He also jokingly said, “She’s been in the streets and needs a little love.” I still don’t know what type of plant she is, but I fell in love with her instantly. I brought her inside. I assumed she needed water. I may have given her too much. She wasn’t pleased and her demeanor reflected the consequences of my action. I moved her to another place in the room, closer to the window for a greater abundance of sunlight. She began to manifest her resistance. Her foliage began to brown and wither. I started to believe she would have done better on the streets. For months I struggled to determine the best methodology of care. I ended up moving her to a corner, away from direct sunlight. I repotted her and didn’t bother with watering her too much, if at all. Slowly, she began to brighten. She grew taller. Nearly two years later and she is living her best life. The essence of her pink and green coloring brightened. Maybe she just wanted to be left alone. Perhaps she was following the principles of Jesus. How sway? Allow me to unpack this soil.

I too have felt like the plant. While I’ve not had anyone to maneuver me from place to place or attempt to give me what I appeared to be thirsty for, I’ve elected to move myself, quench my own assumed desires, only to find that my “treatments” did not result in a situation altering or my state of being. Selah. Sometimes, I’ve just needed to follow the regimen of my plant, and find solace all my myself. I realized that my plant was actually doing what Jesus did, and unbeknownst to me, so was I. Luke 5:16 reads, “But Jesus often withdrew to lonely places and prayed.” While we make attempt to “solve for x” sometimes the unknown can be revealed as we submit to the Father. After this scripture Jesus returned to teaching and shortly thereafter began healing. Listen y’all, we get what we need from spending time with the Master. And to be sure, lonely places feel lonely, but they can be filled with the presence of God! May we not be fearful of what we may receive when we dare to stand alone. This practice speaks volumes as we embark upon Holy Week. Certainly Jesus the Christ would have chosen a different path, but He elected obedience until death. Even at the height of the crisis, He stole away to the garden to pray. It’s comforting to be around others when we are going through, but they are limited in what they may provide. God in contrast, is limitless in our loneliness.

Outside is reopening. People are being “invited” to return to work as normal. Vacations are loading and concerts are back on rotation. It feels a little weird. We’ve been (at least many of us) following guidelines and limiting our interactions with others. Yet, if we haven’t developed the practice of going to lonely places and praying, we’ve wasted the beauty associated with the ashes of the last two years. God, make us to follow the example of Jesus in the loneliness to get what we need for the overcrowded state. Let us not be afraid of spending elongated time with God. Good things happen when we do. Just look at my plant. She ready!