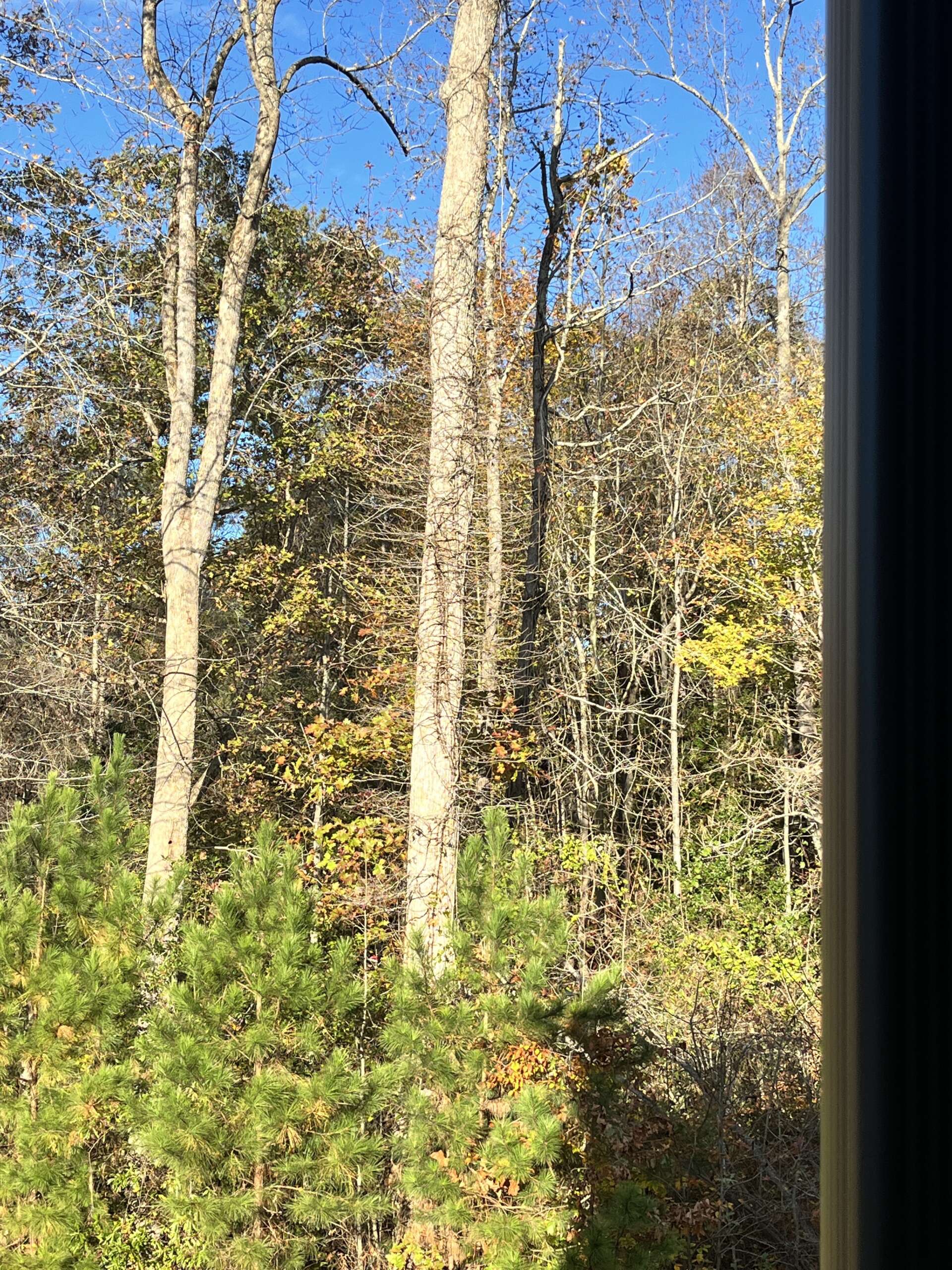 I was preparing to leave the house for work a few mornings ago. My mother said, “Stephanie, do you think it was a fire in the woods?” Some statements can literally stop you in your tracks, no matter how quickly you intention to get out of the house attempting to beat the traffic. I joined her on the back porch and noticed one of the trees that appeared completely dark from its trunk to the top. It was certainly striking and weird looking actually. I took a photo of it to inspect it more closely. I left for work and didn’t really think more about it as the day busied. The next morning, I noticed the tree again, this time from a different window, this time with a view a bit higher than when previously inspected. This time I realized the darkening on the tree, still appearing “burned,” but not completely consumed as perceived previously. A shadow casted upon the tree, making it appear dark. It was odd because I was unable to determine what was causing the shadow effect. But isn’t that just like life? We thought of all the difficulties associated with what we saw, when in reality, it was only a shadow. Nothing more, nothing less. Shadows result from light that is blocked. As we toil, it is easy to forget to tap into and be guided by the light of the world, but it’s there, beckoning for us to come close.

Pslams 91:1 affirms, “He who dwells in the shelter of the Most High, shall abide under the shadow of the Almighty.” As we live, move and have our being in Christ, we will be protected, comforted, and balanced in God. In the “woods” of our existence, we will encounter situations and challenges that appear tall, dark, looming and overwhelming, but through the eyes of God, they are just shadows, positioned for us to cast the light of the Word, the light of Jesus, the light of our faith to illuminate our trust in God to see us to the other side. I found it striking that my change of perspective regarding the tree required me to come up higher. Our focus shifts as we assume elevation. We may not be able to physically get higher than the problem, but we can when we tap into the guidance of our Heavenly Father. As we face challenge, may we be encouraged to bring our lowliness to the Most High. May we not be fearful of the darkness and instead see if drawing higher in God may provide the necessary view to navigate the season of weary, wilderness and worry. Similar to what my Mom originally believed, we assume things around us are a raging inferno. Even so, we will not be utterly consumed! If God allows the shadow, God will also allow us to see it differently until He commands it to cease.