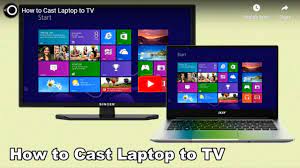 If there is one skill that I’ve perfected while sheltering in place it’s been a hack or two associated with technology. I’m not ready to be a part of the geek squad, but I’m definitely more masterful now than before. A few days ago, I rejoined my zoom exercise community, after a seven week hiatus from experiencing a tear in my arm. It’s actually been hurting since then again, which suggests I’m not quite ready for primetime, but I digress. I typically sync my laptop with the television, so that I can be challenged and frustrated on a larger scale. In the beginning of the pandemic, I did not know how to cast without a device. In fact, in the beginning, I used a device called, “Chromecast,” but it served its last days and I needed an alternative. We downloaded an app to the television that allows for casting any device to the screen. Initially, I needed to await the assistance of the post graduate student, but now, I’m all grown up and can handle the task independently. Following my workout, I turned off the television and went to get dressed for work. Upon my return an hour later, I sat down in my work area where my laptop was, as well as a monitor. Typically, I do something on one screen and something different on the other. However, when I attempted to play a television show I’d missed on one screen, while doing work on the other, I was unable to perform the action. I tried for several attempts unsuccessfully. Then I noticed an error message which serves as the underpinning to this entry that read, “Please disconnect the previous cast.” I was confused. Then I remembered that I was still connected to the television from when I’d participated in my zoom exercise. My spirit was entirely blessed as I considered the lesson I was being gifted. Here’s why.

When we seriously take on 1 Peter 5:7, which declares, “Casting all your care upon Him; for He careth for you,” it doesn’t matter where we go and what we do, similarly to the incident I described, we will remain connected. In the physical sense, I had to disconnect my device in order to connect it to another – but in Christ, when we connect to Him, it is a done deal. Wherever we find ourselves, we can count upon our Heavenly Father to be interested, curious and caring in relation to our being, our very existence. We mustn’t worry about ensuring that we update our equipment or upgrade the necessary resources for the casting to work, we simply need to be willing to open up our heart and expect His presence to dwell therein.

There is literally something daily to cast upon the Lord. When I attempt to cast through conversations and expectations of others, they are certainly helpful for a season, but unavailable to me at every moment – be it in the middle of an annoying meeting, while driving with inconsiderate folx, or in the midnight hour when my level of concern about a thing is more than I can bear, God is nigh and waiting with great expectation for my casting. As my mother would say, “I love Him on today!” I am like the laptop, the smaller device, casting my all upon a very big God! In the natural, when I cast from my laptop to the television, there is amplified sound, greater clarity and sharper vision. The same is true of our relationship with the Creator. I am grateful that I have a place to cast that shall never be interrupted by my lack of knowledge, my inadequate technology or my inability to connect. He won’t be disturbed by the conditions of the weather, nor the cadence of my circumstances. Try casting upon Him, before projecting upon others. You’ll be blessed by the difference.