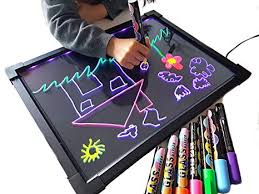 So y’all, my office has one of these fancy glass dry erase boards atop our conference room table. It is the perfect accessory for those of us that appreciate doodling during a meeting. I have been told on more than one occasion by folk that I interrupt while others are speaking. While it was assumed that I was being rude, I honestly didn’t think that to be the case. Over time I’ve learned that my thoughts rush into my head, and speaking is a way of just getting them out, versus making others feel bad or disrespected. It’s one of the reasons I love to write because I can operate in a full stream of consciousness and not have to pause. At any rate, see how it happens. I digress. Getting back. So, the dry erase board is helpful for folk like me, because I can listen to what others are saying and write down a few prompts for myself to share when it’s my turn, or I can draw a picture or other figure to remain focused and not interrupt. During our staff meeting, I began to doodle.

As the discussion went forth, I drew a house, with windows, drapes, flowers on the windowsill, a chimney, a walkway, clouds, birds and the sun. I even added my name. It was a beautiful creation, and honestly, it resembled the way I drew as a child. My skill set hasn’t improved. LOL. Nevertheless, I marveled at my design, and the fact that by keeping my mouth shut and channeling my excess energy elsewhere I didn’t feel as though I wasn’t participating. I felt engaged. As the meeting came to a close, and my boss and a few others exited, I grabbed the long eraser to clean up my doodle. As I erased, deep panic began to set it. The doodle much to my dismay did not disappear. Immediately I grabbed the marker I’d secured from the bundle atop the table. To my surprise, someone had left a permanent marker in the bin and out of the 50 11 hundred markers in the bundle, I’d chosen the permanent black Sharpie. Lawd! I sighed. I cussed. Oh no! Two of my coworkers were there and immediately, “Don’t worry, it’s fine.” I was like but how?!!!!! Lawd, I continued with my epitaphs. Each of them, on either side of me, grabbed one of the “table approved” markers and began to trace over my creation….the house, the windows, drapes, flowers on the windowsill, chimney, walkway, clouds, birds and the sun. They also traced over my name. I joined in, still sick to my stomach. I was so disappointed with myself. The action that I assumed to try and avoid an action that could be perceived as harmful to others was actually turning out to be harmful to myself. The entire ordeal was less than probably 3 minutes, but it felt like an eternity. All the while, both coworkers assured me that this technique was going to work. They assured me that mistakes can be addressed. After we traced the doodle, we each secured a piece of tissue, and began to wipe away the doodle. Much to my surprise, it worked! My panic began to subside as I watched what was my original effort to remain focused disappear. Both of my colleagues have small children and shared that they’ve been in this situation before. They knew the technique would work and all I could do was trust their words and follow their actions.

In this life, we will make mistakes. Many of which feel overwhelming and lack the ability to be erased. But Christ overcame the world for us. Philippians 3:13 affirms, “Brethren, I count not myself to have apprehended: but [this] one thing [I do], forgetting those things which are behind, and reaching forth unto those things which are before.” No matter the size or detail or perceived permanence of our action, God has the ability to allow it to dissolve as if it never happened. Often times we make mistakes when we are distracted, when we lack focus. In this case, I lacked focus to remain on task, and what was thought to keep me present resulted in steps that could have had massive repercussions. Of course it’s easy to blame the person who left the permanent markers bundled with the dry erase ones, but I would suggest that it is more beneficial for us to examine what gets us off task, what gets us off of the path and purpose that God has intended. Because in the end, it doesn’t matter who or what distracts us, but instead who or what allows us, enables us, to keep our mind on the matters of Christ. In those few moments, my colleagues provided sanctuary. They didn’t ridicule me. They didn’t leave me to fix it by myself. They encouraged me during the process. They shared their previous experience with similar situations. Most importantly, they joined in with me. That’s the love of Christ. It’s not judgmental. It doesn’t operate in isolation. It is encouraging, affirming and tangible.

Our mistakes in life vary. And even as we mature, we still may find ourselves challenged. Sometimes, they are seemingly small, and other times, grand with consequences that speak volumes. May we not remain in the state of feeling like we have to go it alone. God sends angels, disguised as colleagues, friends, fellow churchgoers and strangers to support us and allow us to learn from their mistakes. May we be vulnerable enough to trust. What if I’d elected to go in on my own, because I didn’t believe they could help me? Well, I may have had a large deduction out of my check! Further, mistakes can be addressed most effectively when we address them quickly. I’m not so certain the end result would have been the same if I’d chosen to go on lunch break and then return to address the issue.

Daily, we have the opportunity to lie before our Creator, like a giant dry erase board, presenting our faults, failures and fixations. We don’t have to remain in a fragile state. God has the propensity to trace over our mistakes with love, grace and mercy, and when He’s finished, there is no evidence of our past. Thank God for Jesus. And erasure. And coworkers.