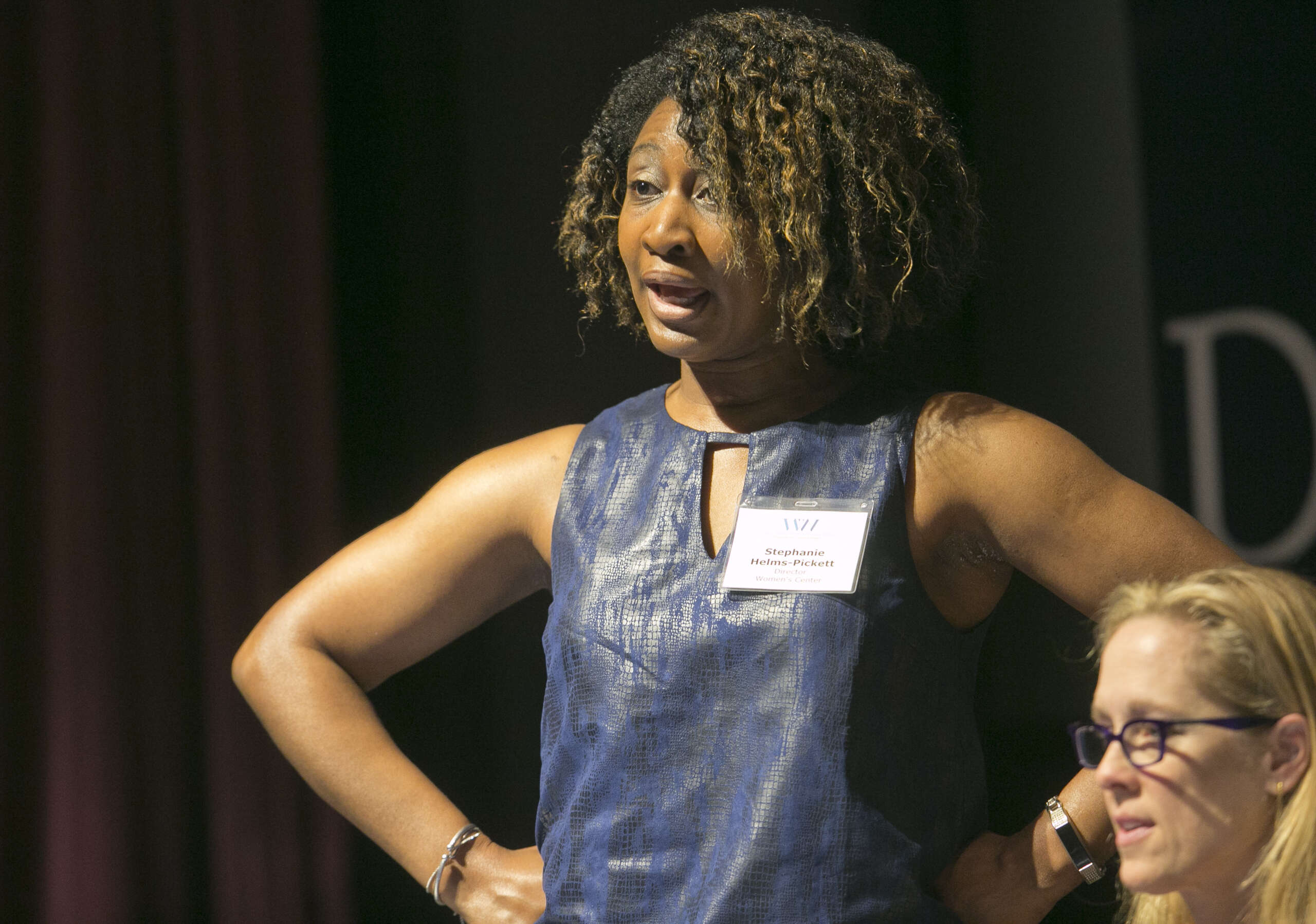 The photo attached to this blog entry was from a few years ago as I participated as a panelist. I was demonstrating my superhero pose that I was encouraged to enact when I’m preparing to embark upon a situation that would attempt to undermine my purpose, my confidence, my truth. It’s been a minute since I’ve had to pull the pose out of my back pocket, or put my cape on, but the last four weeks have called for such.

I was feeling myself almost five weeks ago during my morning exercise. I normally skip the army crawls, but I was feeling strong, feeling as though I was prepared for my kryptonite. So instead of holding a plank, I grabbed my slides and mat and began to engage my core and perform the ask. I was successful. I felt good. I could feel my cape blowing in the wind. I went about my day, but around 5pm, my right arm began to hurt something terribly. In fact, I ended up spending the weekend in bed. I didn’t understand what the problem was, I just knew I was in indescribable pain. The next week persisted, pain and all. By the end of the week, I went to the doctor because I also noticed a bruise on my arm that accompanied the line of pain. My doctor diagnosed the issued as tennis elbow. Another week passed, still with pain and interruption of sleep, I contacted my doctor again. They put me on a steroid. At the end of that week, the pain persisted. I contacted my doctor again. They recommended an x-ray. So, I went to an orthopedic doctor, had an x-ray and was told nothing showed up that appeared problematic. That doctor told me, “It doesn’t present like tennis elbow, but here’s a pamphlet on tennis elbow.” I was frustrated. I called my doctor again and insisted that an MRI be done. I was referred and after another week, the MRI confirmed that I had a tear in my arm, near my elbow. Four weeks of advocating for myself to finally receive a diagnosis that made sense. So, now I’m scheduled to see an orthopedic doctor again to determine next steps.

Why do I unfold this narrative? Certainly not for sympathy, although I do appreciate your prayers cause a sistah is in pain. However, I was reminded that I can channel my superhero for myself, but beyond me, I have a superhero on the throne who has not forgot, and He never will! God may not show up in the manner that I anticipate, but He has the ability to see about you, me and still remain on the throne. The last few weeks have been traumatic for certain, but I’m also reminded that God stands on ready to fight for us! Psalm 94: 16-17 affirms, “Who rises up for me against the wicked? Who stands up for me against evildoers? If the Lord had not been my help, my soul would soon have lived in the land of silence.” While the injury took me by surprise, the same is not true for our Creator. God is all knowing and will leap buildings in a single bound just for His beloved. When growing up and watching the comics, it always appeared that superhero wouldn’t prevail, but they always did, in just the nick of time. Further, God will continue to advocate for us, to interrupt for us, to inquire for us, to persist for us; and not only for us – but through us. Every call I made, every source of courage I assumed to ask for what I needed was at the prompting of God. That’s how God presents in our lives, in our situations, in our illness, in our victory.

This coming week, seek opportunities to allow the superhero AKA God to show up for you and what you stand in need of. While you wait, be sure to strike your pose.