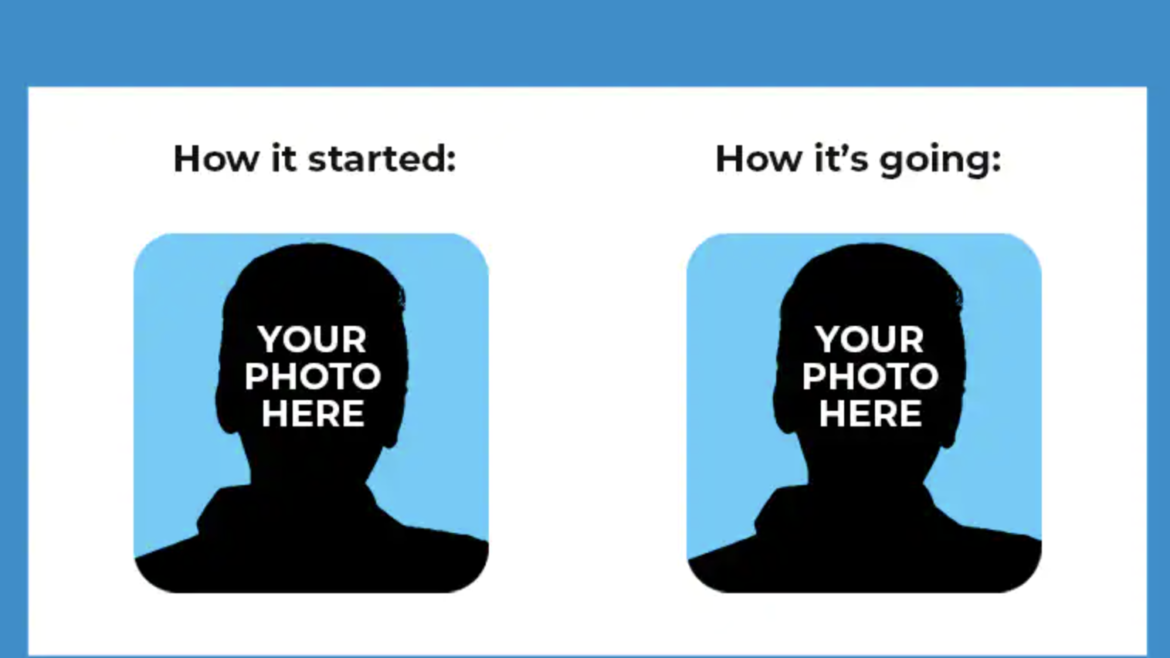 How it started; How it’s going

I swear I don’t know who comes up with these social media challenges but they are more often than not, genius. The one that seems to be hanging around for longer than normal is the “how it started, how it’s going,” whereby two visual representations are presented to demonstrate significant growth or difference between the start of a thing and the current state. Often the lean is toward the positive and the consumer is to recognize that milestone behavior. Yet, what the challenge fails to acknowledge is the space in between, because in actuality, that is where the real grind has occurred – is occurring and if we are not careful, we get tricked into the facade that the transition happens in a more simplistic manner than presented.

Zechariah 4:10 affirms, “Does anyone dare despise this day of small beginnings? They’ll change their tune when they see Zerubbabel setting the last stone in place!” It speaks to the rebuilding of the temple and encourages us to not speak badly or get discouraged when a thing is in its infantile state. It also suggests that folx will be impressed when they see the ending of a thing. That is wonderful – who is upset with others for celebrating – specifically, celebrating the “how it’s going?” Yet if we are not careful, we are not demonstrating to the generations in the rear of the challenge that sits in the middle, as well as first, thanking God for the beginning, so that we can truly appreciate the ending or expansion.

When I was a child and watched the elders in the church, or sat at the kitchen table as my older relatives chatted, the consistent theme was thanking God for the space in between – the space that cradled them, albeit difficult, challenging, harrowing and hard – God kept them in such a way that “how it’s going” was all the more appreciated, celebrated and accentuated because of the journey along the way. The before and after is essentially nothing minus the in between. The grit that I’ve developed – you’ve developed as a result of the in between cannot be understated, and misrepresented by only presenting a shallow, watered down representation of the totality of the hand of God leading, guiding, directing, supporting, rebuking and carrying us in the crevices of every crisis and crescendo.

We must also create space for the reality that our endings may not always align with what we hoped for in the beginning. And we must be careful to not allow the commentary of those who are not as deeply connected to us to determine our fate through their empty words or whether they “like or love” our state of existence. Further, God is the sole entity in charge of an ending of a thing and therefore has creative authority as to how something will unfold – without our interference.

Let us be joyous as folx state the beginning of a thing and the ending or continuation – but let us also be mindful of the dirty details that connect the dots. Let us also celebrate the onsets as they provide the foundation for appreciation to the extent to which God allows for increase. God make us not to forget that you are reason for how it started and how it’s going in every season.