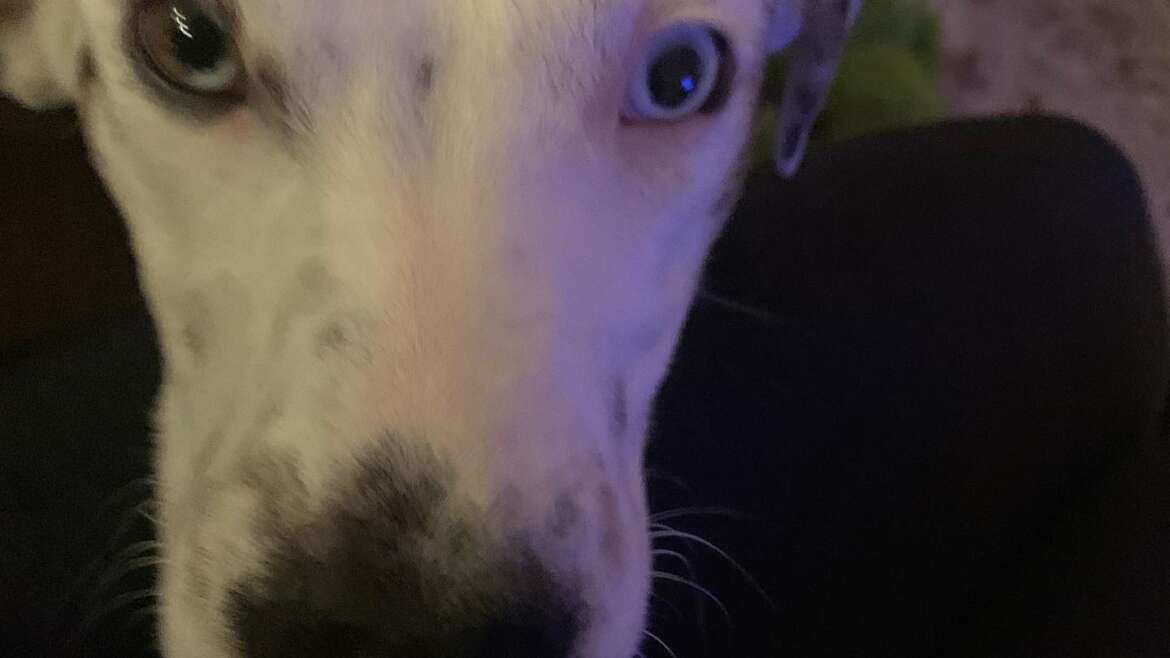 Whew chile. Less than one week with our rescue. Hold up. Going too fast. We had our beloved Sweet Diamond for 17 years before she crossed the rainbow bridge. We got her at four months old. Our daughter was 10 and I was…..17 years younger. 😂 I recall training and adjusting, but obviously, like childbirth, I recall it being painful, but I cannot tap into that again unless I make the attempt. About five days into the struggle, I am vividly reflecting that adding a new edition is tough. Aspen Rhapsody is larger than Diamond, and has her own personality and her preferred method of doing things. She absolutely loves outside and adamantly refuses to come indoors no matter how long we walk and play outside. Over the weekend, while working with her on a long training leash to practice “come,” she got wrapped around a tree in the wooded area behind our home. In an attempt to “break free” from the entanglement, she got loose. I watched her take off or in my dramatic stance “escape” right before my eyes. I called out to her, in fact screamed her name at the top of my lungs and she kept running. I started out behind her, but to be sure trying to identify a path to get to her, was challenging. I wasn’t dressed properly for a “hike.” As I dodged branches and pitfalls in an effort to maintain my safety, I realized that I could no longer see her. I was grateful that her collar had my phone number on it, but I wondered briefly if she would be found or get hit by a car or just lost altogether or found but not retuned. I felt shame, disappointment, shock and sadness balled up in the pit in my stomach. By the time I reached the road that is behind the woods, I saw a vehicle in the distance with the drivers’ side door opened. As I looked closely, the person emerged from the car and there was Aspen Rhapsody standing next to the person. He said, “Are you Aspen’s owner? I was just about to call you.” I responded, “Thank you. Yes, I’m Stephanie, she got away from me.” We chatted a little, while Aspen demonstrated her excitement to reconnect with me and the exchange ended. It was a long way back. Aspen attempting to sniff her way back along the path she assumed, one obviously that wouldn’t work for me because of my height. We made it back home, both of us physically and emotionally spent. It is the morning after and God granted a bit of clarity for me as I pondered whether adding a new family member was smart. Here’s what I got.

I have broken God’s heart a few times. I’ve elected to run into the wilderness and chose a challenging path. How often have I gotten off the leash of His safety? How many times have I broke loose on my own? I can name quite a few and I’m certain God can name many more. Finding my way back to God after I’ve lost my way is in my history. As I’ve opened myself up to have the identity markers of Christ upon me, it’s been easier to find my way home. Had Aspen Rhapsody not had the collar with her owner’s number, it would have been much harder for her to be found. If we do not allow ourselves to be stamped by God, it will be more difficult for us as well. Aspen Rhapsody is not the only rescue in the house. I was rescued when I asked God to live inside of me and if I’m transparent, He literally rescues me daily – through my thoughts, actions and existence. Thank God He knows my name! He knows how loud He needs to be to get my attention. He knows how to usher me through the difficult path that I’ve chosen, even when it’s been deliberately against what He instructed. It may seemingly take a while for Him to reach me, but He’s never left me indefinitely to my own demise. As the song goes,

God will find us in all of our mess that we created and the messes that others entrapped us in. And just as Aspen Rhapsody did, we must know to run to Him with open arms, accepting His love. God rescues us daily and in the end, it may actually be that Aspen Rhapsody and I rescued each other.