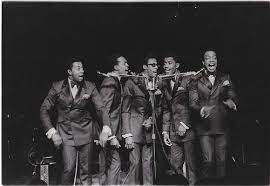 Ain’t Nobody Coming To See You!

One of my favorite movies is the Temptations mini series. It chronicles the narrative of one of the most influential music groups in history. Comprised of many famous “one liners,” one that I find ways to incorporate often in conversation is that of David Ruffin when he utters, “Ain’t nobody coming to see you Otis!” I holler every time. Essentially, the lead singer who is operating in a solo capacity taunts another member reminding him in that moment, that his presence in the group is irrelevant to the lead. At times, we too feel like Otis, feeling important, but being reminded that perhaps we aren’t, based upon the situation we are navigating or the conditions under which we toil. The thing is, Otis Williams was doing his job; he was showing up, responsible, being in community and a team player, and here was David, wrecking havoc, being unreasonable, selfish, self centered and still lavishing the limelight. I can relate. Feeling like the dutiful follower while others seemingly are being rewarded for orchestrating bad behavior. If we could but hold on, we will witness the hand of the Lord. Isaiah 59:19 declares, “So shall they fear the name of the Lord from the west and His glory from the rising of the sun. When the enemy shall come in like a flood, the Spirit of the Lord shall lift up a standard against him.” The thing is, whatever we are forced to navigate, either by choice or happenstance, we can rest assured that the standard is being raised against the enemy on our behalf. In other words, it is unnecessary for us to attempt to grab the mic, as God has already determined how and when the spotlight will be upon us, regardless if we are front and center or in the background, do-oping away.

The enemy would have us to believe that we are far from the mind of Christ – he out in these streets selling circus tickets to his fun house of mirrors. The enemy is incapable of doing anything to edify the body of Christ. As such, as we experience difficulty and feel as though we are not on the mind of God, we cannot be tricked into believing that “ain’t nobody coming to see us,” as it’s simply not true. I Peter 5:7 affirms, “Cast all your anxiety upon Him, because He cares.” Accordingly, if He cares, He will come and see about us. We cannot get caught up in the shenanigans and performative measures of others who are pulling understudy for the enemy – it’s all they know, until they come into the knowledge, the true and accurate and arresting power of God. That is why it is so easy for them under the unction of the enemy to project upon others their perceived shortcomings as they secretly nurse their own.

The thing is, God holds the lead and it’s a permanent appointment. As followers, we are benefactors as a result of His position. While that may be pleasing to us, it subsequently makes us targets for the one who is the “perpetual prop” in the scenery of our life. The enemy desires to kill, steal and destroy (John 10:10), but for the standard. Glory to God in the highest! It really doesn’t matter if anyone is coming to see us or not – as long as we commit to memory that we are not forgotten by the lover of our soul. And for the record, the Temptations are still touring to date and Otis is the last original member, still standing. God will come see about you!